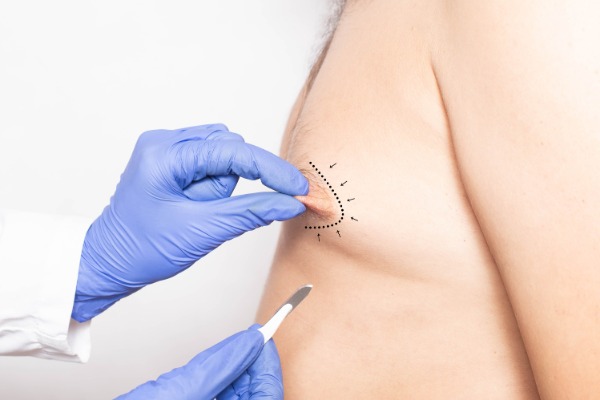 Recovery Time: Up to 1 week

Results Duration: Designed to be permanent

Breast nipple surgery covers several different cosmetic procedures which are used for the enhancement, correction or reduction of the nipple or areola, the brownish area around the nipple. These treatments are available for both men and women. Nipple reconstruction is an appropriate procedure for women who have had a mastectomy (breast removal) following breast cancer with the loss of the nipple and/or the areola, but many women also seek to change the shape or size of their nipples purely for cosmetic purposes. Breast nipple procedures are normally performed using a local anaesthetic to numb the breast tissue. You would also be given a sedative to make you drowsy, so that you remain awake but feel very little discomfort during the operation. Most people find that they can return to work after a few days recovery. Prices for private breast nipple procedures vary depending upon the type of operation required. For example, expect to pay around £2,000 for inverted nipple correction for both breasts.

There are several different cosmetic procedures used for the enhancement or reduction of the nipple or brownish area around the breast which is called the areola. These treatments are available for both men and women.

Nipple reconstruction is an appropriate procedure for women who have had a mastectomy (breast removal) with the loss of the nipple and/or the areola, but many women also seek to change the shape or size of their nipples purely for cosmetic purposes.

We do not yet have any similar statistics for this country, but we do know that many practitioners are performing successful operations in the U.K.

Many women with only minimal drooping or sagging of the breasts can have a simple nipple elevation carried out as an outpatient operation. This is a surgical procedure where the nipple is raised about 1.5 to 2 cm above its existing level to enhance its appearance and make the breast look more pert.

Inverted nipples or retraction of the nipples is a relatively common condition. This occurs when the nipple ducts inside the breast are shorter than normal and this causes a pulling inward of the nipple. Retraction of the nipple is caused by a short milk duct system running from the chest wall to the nipple. Although this is a harmless medical condition, it is usually seen as a problem for women who wish to breast-feed. Some women also see it as a visible imperfection which can make them feel self-conscious about their breasts.

Contrary to popular belief, however, breastfeeding does not involve the nipple so much as the breast itself. A hungry infant can achieve quite a vacuum by pulling a moderately recessed nipple out into his/her mouth. Many women interested in breastfeeding are concerned that their nipples are inverted, whereas in reality their nipples will serve quite adequately--when the time comes--without medical assistance.

There are some devices marketed today that may help to cure inverted nipples; one is known as the Niplette that uses a suction type device to gradually suck the nipple out and stretch it over a period of one to three months.

Development of nipple retraction in adults should be checked out thoroughly by a doctor first, however, to make sure a tumour is not the cause of retraction.

If you are considering cosmetic surgery as an option for improving nipple retraction, the following information will give you a basic understanding of the procedure. It can't answer all your questions, since a lot depends on the individual patient and the surgeon.

Please ask a surgeon about anything you don't understand.

Your first consultation with a surgeon should clearly set out your expectations and the likely outcome of any procedure that you undertake. Make sure that your surgeon gives you all the information that you require so that you are sure that they can carry out the procedure to improve your nipple size or shape in the way that you want.

A medical history should also be taken to make sure that there are no reasons why you shouldn’t have an operation. You would normally be asked to sign a consent form, which means that you have understood the potential benefits and risks associated with breast nipple surgery.

Photographs may also be taken by the practitioner, as a “before and after” comparison at a later date.

The surgeon may wish to write to your GP giving details of the operation so that if there are any problems associated with surgery in the short- or long-term, the GP is aware of the procedure and can help you recover.

Breast nipple procedures are normally performed using a local anaesthetic to numb the breast tissue. You would also usually be given a sedative to make you drowsy, so that you remain awake but feel very little discomfort during the operation.

There are two procedures used in women which may take around 1 or 2 hours to perform:

An incision will be made just around the base of the nipple on the areola. The nipple and areola tissue is lifted from (but still connected to) the breast and stitched into a new, projecting shape. This makes the nipple stick out more. As the scar is in the shape of a circle, the tighter skin around the nipple will actually cause the nipple to stick out more as the skin will now "pull" a little. Medicated gauze is then applied to the stitched area.

This procedure is much more common and may be necessary in more difficult cases but it does not preserve the milk ducts fully. An incision is made at the nipple base, and the shortened milk ducts are detached. This allows the nipple to stick out naturally. The incision is then cleaned, stitched and medicated gauze is applied to the wound.

You should be able to return home soon afterwards, and most patients find that they can return to work after a few days recovery.

Your nipples will feel sore and will be swollen for several days following this procedure.

As with all operations, there is always a possibility of side effects or complications. Risks can include infection, a reaction to the anaesthetic, nerve damage, scars (although these are usually not very visible) and the need for second or sometimes third procedures and the occurrence of lop-sided breasts or nipples afterwards.

The ability to breastfeed cannot be guaranteed after any surgery to correct inverted nipples. Be sure to ask your surgeon about all the risks associated with the procedure before you make any decision.

It is very important that you follow the advice of your surgeon carefully after your operation.

Post-surgery advice may include:

There are few medical reasons why you can’t undergo breast nipple procedures as long as you are in good general health and have realistic treatment expectations.

If you have experienced healing problems with any past surgical treatments or if you are prone to keloid (red, angry, raised) scars, your surgeon may not recommend this procedure or may caution you that scars could be raised and very visible.

Only fully trained and qualified surgeons should perform inverted nipple and other breast nipple procedures.

For more information about practitioner training, qualifications and relevant medical organisations please view the information contained within the Legislation section of the Consulting Room.

Although unlikely, you may be able to access some breast nipple procedures free of charge on the National Health Service.

Depending on your circumstances certain regions do make special cases and we would always recommend that you visit your General Practitioner before embarking upon any cosmetic surgery procedure.

As well as their advice and guidance they may also be able to refer you to a local NHS Hospital who can treat you.

The NHS has set out the following guidelines on how to get cosmetic surgery through the NHS:

"To qualify for surgery on the NHS you must meet specific criteria as set out by your local health authority. The NHS will not pay for surgery for cosmetic reasons alone. Reconstructive and cosmetic surgery to correct, or improve, congenital abnormalities and injuries will usually be carried out free of charge.

To receive cosmetic surgery from the NHS, you will normally need a referral from your GP. You will have a consultation with a plastic surgeon and an assessment by a psychiatrist, or psychologist. It will then be decided whether there is enough social, psychological, or physical benefit to be gained to justify surgery."

Prices for private breast nipple procedures vary depending upon the type of operation required.

As an example, however, expect to pay around £2,000 for inverted nipple correction for both breasts.

There are a number of different cosmetic procedures available to help both increase or decrease the size of the nipple and areola area of the breast.

Some of these are for reconstructive purposes following a mastectomy, and require the skill of an experienced breast surgeon. Other procedures, such as nipple shortening, are more straightforward.

Whatever cosmetic nipple procedure you are looking for, and whether you are male or female, it is important to ensure that the surgeon undertaking the operation has experience in the particular procedure that you may require.

Please note that results of cosmetic surgery vary enormously, depending upon both the patient and the skill of the individual surgeon, so outcomes for procedures will always be more variable than those for less invasive non-surgical treatments.

We currently have no case studies of before and after pictures for breast nipple correction surgery.