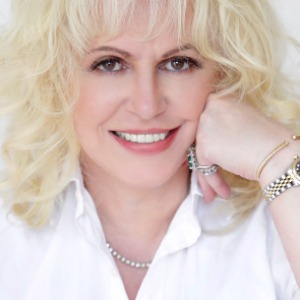 Dr Rita Rakus M.B.B.S has developed her prestigious Knightsbridge clinic into the largest solo non-surgical injectable practice in the UK, the 5th largest Thermage®clinic in the world and was the first official clinic to use Pelleve® in the UK.

She qualified as a medical practicioner at Sydney University, Australia in 1974.

With over 20 years of aesthetic experience, she travels the world lecturing, conducting seminars, training and setting the latest trends in the aesthetic industry.  Dubbed by the media the 'London Lip Queen' Dr. Rakus has appeared on a number TV shows including '10 Years Younger' and 'Celebrity Fat Club'.  She has appeared in countless articles ranging from publications such as the New York Times, Glamour magazine and Aesthetics Guide and is a regular attendee at the annual FACE conference.  She is also appointed to the Q-Med Academy for Restylane and has been awarded the Black Diamond Status for Thermage and Fraxel 2011 by Solta Medical.

In 2001 she became a founder and fellow of the BACD (British Association of Cosmetic Doctors) and continues to build her status as a market leader in cosmetic pr and non-surgical facial rejuvenation.  Her lip treaments are featured in the latest Juvederm® brochure.  Her reputation as an Injectables and laser expert has attracted numerous celebrity clients over the years and earned her a reputation as one of the top cosmetic doctors in the UK.