Minoxidil (UK brand name Regaine®) and Finasteride (UK brand name Propecia®) are the two drugs that are currently medically approved treatments for hair loss. Both Minoxidil and Finasteride have been tested extensively and both have been used in high doses for the treatment of other conditions so a lot of safety data has been collected. Minoxidil is applied directly to the areas affected in the form of a solution. It is not clear exactly how Minoxidil works, but it may be that improved blood flow to hair follicles has a part to play in its effect. Finasteride is taken in tablet form and has a specific effect on an enzyme called 5 alpha-reductase which can produce high levels of DHT causing subsequent hair loss. Minoxidil is available from chemists in the UK without a prescription. Finasteride is a prescription only medicine.

Both of the drugs that are currently medically approved treatments for hair loss were discovered by accident rather than design.

Minoxidil was first discovered in the 1970’s and taken as a tablet for high blood pressure. It was subsequently noted that some men and women who were taking this drug found that their hair was growing more quickly than previously and some patients even saw some re-growth in thinning areas of their scalp, as a side effect of treatment.

Finasteride has been used since the 1990’s as a treatment for prostate problems in men. Again, as a side effect, new hair growth was noted by some men taking the drug.

The companies that marketed these products then proceeded to set up the clinical trials necessary to be granted a medical licence for the treatment of hair loss by proving that the drugs were safe and effective.

Currently, many other drugs to treat hair loss are in development. For further information on the development of these a useful site to visit is the Regrowth website.

If you are considering using drugs to treat hair loss, the following information will give you a basic understanding of what's involved. It can't answer all your questions, since a lot depends on the individual. Please ask a qualified practitioner about anything you don't understand.

How Do They Work

How do they work? 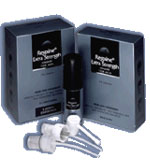 Minoxidil is a drug that was developed for one particular medical use, and that was as a tablet to lower blood pressure by relaxing the blood vessels.

However, a different version of minoxidil was developed for hair loss and is applied directly to the areas affected in the form of a solution. It does not have any direct affect on the patient’s hormones which are responsible for androgenetic alopecia (or male pattern baldness).

It is not clear exactly how minoxidil works, but it may be that improved blood flow to hair follicles has a part to play in its effect.

Finasteride was originally developed for the treatment of enlarged prostates in men. This treatment is taken in tablet form and has a specific effect on an enzyme called 5 alpha-reductase which can produce high levels of DHT causing subsequent hair loss.

There are two main types of this enzyme. One is found in the oil glands of the skin and the other is found in the hair follicles, as well as in the tissues of the prostate gland. Men who have high levels of these enzymes, and particularly those in the hair follicles, are likely to develop baldness, as well as being more prone to enlargement of the prostate gland.

It was found that some men who were taking the drug for prostate problems experienced hair re-growth and the drug was then investigated specifically to discover whether it could treat baldness.

How safe are these drugs?

Both Minoxidil and Finasteride have been tested extensively and both have been used in high doses for the treatment of other conditions so a lot of safety data has been collected.

Minoxidil has been used to treat hair loss since the early 1990's. Reported side effects include scalp irritation in around 6% of users, headaches, and rash. More serious but rarer risks include dizziness and lowered blood pressure.

Finasteride has been used in 5mg doses since the early 1980's for the treatment of prostate problems in men. Its brand name in this country is Proscar®. Its side effects are thus well known, and although only 1mg is recommended to treat hair loss (branded as Propecia®), unwanted effects can still include less desire for sex, difficulty in achieving an erection, and a decrease in the amount of semen produced. This happens in less than 2% of patients taking the drug. These side effects went away when patients stopped taking the drug. They also disappeared eventually in most men who continued taking the treatment.

In general use, the following problems have also been reported in connection with taking Finasteride: allergic reactions including rash, itching, hives and swelling of the lips and face; problems with ejaculation; breast tenderness and swelling; and testicular pain.

Finasteride can affect a blood test called PSA (Prostate-Specific Antigen) which is done for the screening of prostate cancer. Patients should tell their doctor if they are having this test done whilst taking the drug.

Minoxidil is available in a range of strengths from 2% to 5% solutions, which can be bought without a prescription from a chemist, to a 12.5% cream that is only available from a doctor on a private prescription.

Used directly on the scalp, twice a day, 2% strength Minoxidil has been shown to stimulate moderate to dense hair regrowth in 26% of male subjects who were 18-49 years old. There was a slightly higher success rate in female patients.

It may take anywhere from several months to one year to see an effect, and both the 2% and 5% solutions are most effective in persons with the recent beginning of hair loss owing to androgenetic alopecia, (the medical term for male pattern baldness) and relatively small areas of hair loss.

Thus early use of Minoxidil is recommended to help prevent the spread of small areas of baldness.

It has also been found that Minoxidil is generally more effective in improving central areas of the scalp than in areas at the front of the head.

Minoxidil is sometimes combined with other products by experienced hair loss practitioners to treat this condition.

For more information on Minoxidil, we recommend that you visit the Regaine website.

Finasteride, which is for men only, is taken in tablet form. The manufacturer claims the following results based on a 2 year study of men who took one tablet per day:

However, there appeared to be no evidence that the drug works for receding hairlines at the temples.

Again, this treatment may take several months, or even up to a year, before you see any effect.

With both Minoxidil and Finasteride, if no effect is observed after one year, it is unlikely that they will ever work. Also, to maintain any benefit obtained, you must continue to use the product.

For more information on finasteride we recommend that you visit the Propecia website.

Who Can Do It

What sort of practitioner can perform this treatment?

You may find a wide variety of different practitioners who can give you advice on how to treat hair loss, from specialist hairdressers, through to trichologists, your general practitioner, dermatologists and specialist hair surgeons.

Please note, however, that Propecia is a prescription drug and should only be available on prescription via a doctor or a surgeon.

What is the average cost of Hair Loss Drugs?

Minoxidil is available from chemists in the UK without a prescription as the brand name Regaine®.

Finasteride is available as the brand name Propecia® with prices from around £35 for a month's supply of 1mg tablets.

Finasteride is a prescription only medicine, and we would recommend that you do not purchase this product over the internet without first seeking the advice of a qualified Doctor.


Getting a prescription drug by filling out a questionnaire on the Internet without seeing a doctor poses serious health risks.

A questionnaire does not provide sufficient information for a health-care professional to determine if that drug is appropriate for you or safe to use. It may be that if another treatment is more appropriate, or if you have an underlying medical conditions where using that drug may be harmful, it will not be discovered when you use the Internet.

Minoxidil is available from chemists in the UK without a prescription, however Finasteride is a prescription only medicine. It is recommended to seek advice from your doctor before purchasing any of these products.

Before and After Pictures

Before and after photographs of Hair Loss Drugs

Male hair at front of head before (left) treatment and after (right) Laser Therapy combined with Minoxodil and Scalp Scripts haircare products.

All before and after photographs are actual patients, your results may differ.

Click for ALL Hair Loss Drugs clinics in the UK & Ireland registered and verified by Consulting Room. 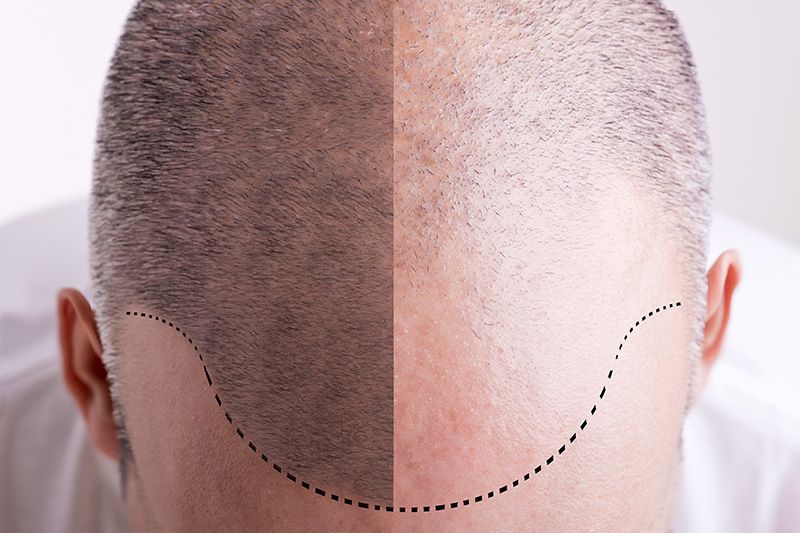