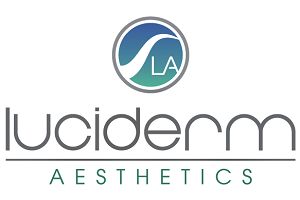 The Alkaline Wash system, available through the Danne Montague King product range is designed to reduce fine, downy hair on the face and other parts of the body.

The use of chemical peels to soften and improve the appearance of skin dates back to the ancient Egyptians. Today, scientists have identified numerous forms of acid which can be used to treat skin.

Click Here to view Clinics own information on Chemical Peels.

Many different types of Laser and IPL, or LHE devices have been developed to remove body hair to a significant degree. This section contains more info on treatment cost, side effects and UK clinics.

Click Here to view Clinics own information on Laser and IPL Hair Removal.

Click Here to view Clinics own information on Laser and IPL Skin Rejuvenation .

Laser skin resurfacing involves the removal of the outer layer of the skin using an ablative laser to improve the appearance of sun damaged skin or acne scars, lines, wrinkles, and pigment changes.

Until recently, topical preparations and oral medications, including antibiotics, have been used almost exclusively to combat acne. Now laser & light-based technologies and photodynamic therapy had been shown to improve acne.

Click Here to view Clinics own information on Light Treatment for Active Acne.

Acne is a chronic inflammatory disease of the sebaceous hair follicles.

Cellulite is the name given to the lumpy, irregular fat deposits often found around the hips, buttocks and upper leg areas. There are many different treatments that have been claimed to reduce the appearance of cellulite.

Commonly concerns are focussed on changes in the skin and ones complexion that occur as we age. Skin specialists now believe that most of the changes that we see in our skin as we grow older are due to the sun (sometimes referred to as "photodamage").

The development of small crows feet, or shadows beneath the eyes (dark circles) can be the first signs that our skin is not as youthful and elastic as it once was.

The concept of facial skin tightening refers to cosmetic procedures which seek to cause contraction in the tissues to effectively tighten them up or which involve a lifting technique often accompanied by the removal of excess skin.

Male pattern hair loss (androgenetic alopecia) is the commonest cause of hair loss in men. Alopecia areata can occur in both men and women.

The hands are the second most visible area of our body. There are now a number of non-surgical treatment options to help rejuvenate the hands.

The signs of ageing on a person’s face start to show as early as the end of the second or the beginning of the third decade of a persons life. At first, fine lines start to form between the nose and the mouth, around the eyes and on the forehead.

Rosacea is a common chronic skin condition that tends to affect the face. Individuals with vascular rosacea, which tends to include symptoms such as flushing, redness and thread veins, can often be successfully treated with laser or IPL treatment.

Scarring can affect a person’s confidence and self-esteem, particularly when the scars are on the face. Depending on the type of scar and the way an individual heals there are a variety of options for improving the appearance of scarring.

Stretch Marks, known medically as Striae are lines or streaks on the skin, which can be pink, purple or white in colour (depending on their age), that occur when the inner skin layer is stretched thin and loses its elasticity.

A variety of options, including using heat generating technologies such as light and electrical currents have been developed to treat thread veins, also called spider or broken veins.

Dermapen™ has the claim of being the original device that started the revolution in automated pen-like devices in the medical skin-needling world. It is used for a treatment referred to as medical skin needling, collagen induction therapy, percutaneous collagen induction, micro-needling or simply electronic dermarollering.

The combination of superficial peeling agents in Jessner's Solution, lactic acid, salicylic acid, resorcinol and ethanol has been used for a number of years.

The Microneedle Therapy System or MTS-Roller™ is marketed for the treatment of Medical Skin Needling.

Consulting Room is the ONLY online cosmetic clinic search directory, for the UK & Ireland, who check that all clinics listed with us are compliant with relevant regulatory requirements for the provision of cosmetic surgery, medical aesthetic treatments, hair transplant surgery and cosmetic dentistry. To find out what this means, why you can have peace of mind and trust the checks we do for you click here.