More than 60% of men admit to being unhappy with their bodies, but many are reluctant to take positive action to address the problem.

The survey revealed that only 13.2% of men would consider using non-invasive body cosmetic treatments to shift stubborn fat. Exactly 15% of those surveyed didn't know what body contouring was.

Fiona Comport marketing communications manager at Cynosure says: “Despite the fact that male grooming is no longer a taboo area and men don’t think twice about popping into a beauty salon for brow shaping, spray tans and facials, many men still perceive body contouring as being predominantly female territory."

This was reinforced by 8.2% of respondents, who admitted that they would be too embarrassed to consider body contouring. A further 5.8% divulged that they would undergo treatment but wouldn’t tell anyone, this answer was more common amongst the 45-54 age group.

Instead, 26.8% preferred to stick to traditional methods such as diet and exercise to tackle problem areas. Figures released by the NHS, however, highlight that eating disorders among males are rising, suggesting that men aren’t necessarily taking the most sensible approach to addressing stubborn fat. Men in the 65+ age group were most happy with their bodies.

The full report is available at: https://sculpsure.co.uk/news-media/nearly-two-thirds-men-dislike-bodies-many-embarrassed-change/

The data was gathered in January 2018 via an online survey of 961 male respondents.

Cynosure is a leading developer and manufacturer of a broad array of light-based aesthetic and medical treatment systems. Our products are used to provide a diverse range of treatment applications such as hair removal, skin revitalisation and scar reduction, as well as the treatment of vascular lesions. 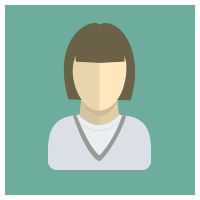