Anti ageing effects of Tretinoin confirmed in a huge study

Trawling through research done years ago sometimes gives some surprising results. I was trying to find the results of clinical trials involving Tretinoin (a form of retinol, which is a Vitamin A-like substance). I found that there was a multicentre study of the effects of Tretinoin reported way back in 1991 involving 533 people in eight centres in the United States. They divided them into different groups. Some got a higher strength Tretinoin cream (0.05%), some a medium (0.025%), some a low (0.001%) and some got plain cream with no Tretinoin. They were treated for 24 weeks and then the researchers looked at the before and after results on the skin around their eyes, and they also did biopsies (yes, they cut out small skin samples!) and looked at them under the microscope to judge how well the cream had worked. The best thing is that neither the people who were using the creams nor the people who were judging the results knew what anyone had. It was the best kind of study – a randomised double-blind controlled clinical trial.

The results showed that Tretinoin inceased the thickness of the skin (more collagen fibres), and decreased the melanin pigment (less pigmentation, another key feature of ageing skin is uneven pigmentation). Not only that, but the results were dose-dependent. In other words, the stronger the dose of Tretinoin, the more anti-ageing effect that was seen. This is a very powerful proof that Tretinoin really does have an anti-ageing effect.

Another good quality study of the effects of Tretinoin confirmed these results, with 79% of people showing an improvement in skin firmness, less wrinkles, and smoother-feeling skin. Some people experienced side effects with dry skin, peeling or redness, but these got better quickly when the cream was stopped.

Retinol is very similar in its effects to Tretinoin, but it is a little less aggressive and doesn’t have to be given by prescription only. If you’re interested in purchasing an effective Retinol product please ask your cosmetic, medical practitioner. 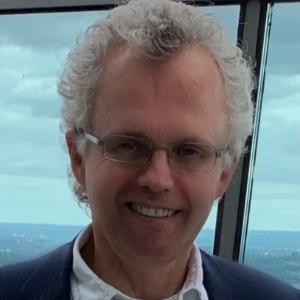 Dr Mark has been providing aesthetic beauty treatments since 2011. He is a consultant in the National Health Service and has the diploma of the membership of the Royal College of Physicians.

He has been practising aesthetic beauty medicine since 2011. He has seen and continues to see many clients affected by skin problems that have the potential to be helped by a good skincare regime. But these problems can only be helped if the skincare products actually have the necessary strength to do the job. Many clients use a skincare regime that is either too basic or too complicated to work, using products, often very expensive, with weak or unproven ingredients.

Dr Mark saw the need for a simple and effective range of skincare treatments, containing ingredients at a strength that could achieve results, and launched the Dr Mark Skincare range.

The philosophy of the range is simple – use only the highest quality products that contain clinically proven and effective ingredients at strengths that studies have shown to work in real people.