We’re constantly warning of the damaging and ageing effect of the sun’s rays on our skin, but in avoiding sun exposure, could we be doing ourselves more harm than good?

Exposure to UVB radiation provides the mechanism for more than 90% of the vitamin D production in most individuals (Norval M, 2009) but wearing a sunscreen with an SPF as low as eight reduces the skin's production of vitamin D by an incredible 95% (Reichrath J, 2008).

Why is vitamin D so essential?

Despite its name, vitamin D is actually a prohormone and is essential for numerous functions throughout the body. It plays a key role in calcium metabolism making it integral to bone health. (DeLuca HF, 2004). It’s also essential for healthy neuromuscular, cardiovascular and immune function, respiratory system function and cognitive function (Christakos S, 2013). Vitamin D is also vitally important to skin health as it is directly involved proliferation and differentiation of keratinocytes. If adequate amounts of vitamin D are not available, epidermal cells cannot differentiate optimally. (Matsumoto K, 1991)

For a long time we have been aware of the impact of severe Vitamin D deficiency which manifests as rickets. Rickets is a childhood disease characterised by growth retardation, deformities of the legs, bending of the spine, knobby projections of the ribcage, and weak and toneless muscles (Holick MF, 2006). A disease of the 19th Century, rickets was virtually eradicated half a century ago as diets improved in postwar Britain, however, there has been a re-emergence of the disease in recent years. In January 2011 Dame Sally Davies, the government's chief medical officer, recommended all children aged six months to five should be given vitamin D supplements, especially during winter months when the opportunity for sun exposure is reduced. Advice for children to wear a high factor sunscreen and remain covered up while outdoors are partly felt to be behind the reason for the re-emergence of rickets (Lowdon J, 2011)

More subtle signs of vitamin D deficiency may include fatigue and an increased susceptibility to infection however an individual may be completely asymptomatic and still be deficient.

In addition to reduced sun exposure, being pregnant or breastfeeding can increase the risk of Vitamin D deficiency, as can wearing very covering clothing and/or spending a lot of time indoors. Babies and young children under the age of five and older people aged 65 years and over are also at increased risk.

An interesting point to note is that the darker a person’s skin type, the lower their ability to synthesise Vitamin D. Vitamin D3 is produced in skin through ultraviolet irradiation of 7-dehydrocholesterol. It is biologically inert and must be metabolized to 25-hydroxyvitamin D3 in the liver and then to 1alpha,25-dihydroxyvitamin D3 in the kidney before function (DeLuca HF, 2004).

An extract from the journal Science in 1967 states: In northern latitudes there is selection for white skins that allow maximum photoactivation of 7-dehydrocholesterol into vitamin D at low intensities of ultraviolet radiation. In southern latitudes there is selection for black skins able to prevent up to 95% of the incident ultraviolet from reaching the deeper layers of the skin where vitamin D is synthesized. (Loomis WF, 1967)

In a modern world where migration is common, people whose skin type have adapted to prevent excess vitamin D synthesis in their native, sunny environment are particularly prone to deficiency when living in a sun-deprived country such as the UK. My client list comprises a diverse ethnic background. Muslim women who cover themselves for religious reasons are often found to be Vitamin D deficient. My Asian clients with Fitzpatrick IV-V skin type are also commonly deficient. That said, I have also seen plenty of Fitzpatrick Type I clients with low, or borderline vitamin D levels. Most of us spend a significant proportion of our time indoors meaning that regardless of skin type, anyone can be affected.

How do we assess vitamin D levels?

Vitamin D levels can be easily assessed using a simple blood test. Ingested and cutaneously produced vitamin D is quickly converted to 25(OH)D, but in serum only a small fraction of 25(OH)D is converted to 1,25(OH)2D, its active metabolite. Therefore measuring the total 25(OH)D level is the best test to assess levels of vitamin D (Kurt A. Kennel).

I routinely test my client’s 25(OH)D levels through The Doctor’s Laboratory (TDL) but a number of laboratories offer this service. It can be done independently or as part of a more comprehensive vitamin and mineral screen. When possible I prefer to run a comprehensive micronutrient panel and then retest the specific deficient nutrients at two to three months post supplementation.

How should we supplement vitamin D?

The dosing strategy for correcting vitamin D deficiency differs to that for most other nutrients. Normally we take a ‘little and often’ approach, supplementing nutrients regularly whilst also increasing dietary sources. However with Vitamin D, the recommended dosing strategy is different. For individuals with vitamin D deficiency, treatment may include oral supplementation of one 50,000 IU dose per week for eight weeks. After vitamin D levels normalise, a daily maintenance supplement of 800 to 1,000 IU vitamin D3 is usually sufficient. (Bordelon P, 2009) American Academy of Pediatrics recommends that infants and children receive at least 400 IU per day from diet and supplements in order to prevent deficiency.

Vitamin D supplements are available in two forms: vitamin D2 (ergocalciferol) and vitamin D3 (cholecalciferol). Vitamin D3 is the type that most experts agree should be used in clinical practice. Humans synthesise vitamin D3 in response to sunlight and therefore it is the most natural form to supplement. Vitamin D3 is more bioavailable and significantly more effective at increasing blood levels of Vitamin D than Vitamin D2 (Lehmann U, 2013). A review published in The American Journal of Clinical Nutrition stated: vitamin D2 should no longer be regarded as a nutrient appropriate for supplementation or fortification of foods (Houghton LA, 2006).

Vitamin D in the diet

Despite contributing minimally to our vitamin D levels, we should not forget to mention dietary sources. Unfortunately, there are few good quality, natural sources of vitamin D. Oily fish – such as wild salmon, sardines and mackerel and eggs provide vitamin D but otherwise, most other food sources come in the form of highly processed fortified foods such as margarines and breakfast cereals which I do not recommend.

There’s no doubt that most of us could benefit from spending a little less time indoors and a little more time outside. Making a conscious effort to tear ourselves away from a screen and get out for a short daily walk could improve our health and wellbeing in many ways. NICE, in their 2011 report stated that: "Exposure to the sun has a number of benefits. For example, it increases people's sense of wellbeing, allows them to synthesise vitamin D and provides opportunities for physical activity" (Lowdon J, 2011)

As with many things in life, the key to safe, Vitamin D promoting sun exposure is moderation. The NHS website advises the following: ‘Short daily periods of sun exposure without sunscreen during the summer months (April to October) are enough for most people to make enough vitamin D. Evidence suggests that the most effective time of day for vitamin D production is between 11am and 3pm.

A short period of time in the sun means just a few minutes – evidence suggests that about 10 to 15 minutes is enough for most lighter-skinned people – and is less than the time it takes you to start going red or burn'
That said, we often (quite rightly) advocate daily use of sunscreen as part of a skincare regime and in doing so could be inadvertently reducing our client or patient’s ability to synthesis vitamin D from the sun. Therefore recommending a daily vitamin D3 supplement, especially during winter months, is something you might wish to consider.

In summary, when advising your clients or patients on vitamin D, consider the following:

Houghton LA and Vieth R (2006)
The case against ergocalciferol (vitamin D2) as a vitamin supplement
American Society for Clinical Nutrition. 84 (4) 694-697 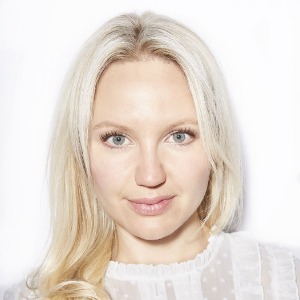 Kim Pearson graduated from London's Institute for Optimum Nutrition in 2008 and has worked in the field of nutrition and health for over ten years. Kim consults clients at her clinical practices in Knightsbridge and Chelsea, London. She works to improve health and wellbeing issues through an individualised approach to nutrition and her areas of speciality are fat loss, skin health and healthy ageing.

Frequently featuring in the national press, Kim writes articles and provides professional comments for a range of magazines, newspapers and medical journals. She has contributed to titles including The Times, The Telegraph and the Daily Mail as well as industry journals including Aesthetics Journal, Aesthetic Medicine, Body Language and the Journal of Aesthetic Nursing. She and has also appeared on national television and radio.

Kim speaks at medical aesthetic and beauty conferences and trains health care professionals in nutrition and diet. She has developed dietary guidelines for medical research trials and has implemented corporate nutrition policies.

Kim is a full member of CNHC (Complimentary and Natural Healthcare Council), BANT (British Association of Applied Nutrition and Nutritional Therapy) and the Guild of Health Writers.