With the impending deregulation of non-healthcare related (i.e. beauty sector) use of laser and IPL systems on the 1st October 2010 and the apparent “free for all” being advertised by some of the less reputable laser and IPL system manufacturers, it seems that the Local Authority Health and Safety Officers around the country are preparing to step in and fill the void left by the Department of Health’s ill-conceived deregulation.

A growing number of Local Authorities are contacting beauty and other laser clinics to inform them that as of October 1st they will be issuing guidance and regulating them under existing health and safety laws. It was initially thought that only the London area would be regulated after the introduction of the new regulations through the London Local Authorities Act which permits the issuing of Special Treatments Licenses however, the Health and Safety at Work Act 1974 has proved to be more than a match for the Care Standards Act 2000.

The HSAW Act 1974, which applies nationally makes provision for the regulation of any business and permits Local Authority Officers to make requirements under regulations such as the Management of Health and Safety at Work Regulations and the Provision and Use of Work Equipment Regulations. These regulations govern the safety of employees and “others” who may be affected, including clients undergoing treatments, which are likely to include risk assessment, local rules and medical protocols for use of laser and IPL systems.

The powers provide far more extensive penalties than were available to the CQC for failure to comply with requirements including improvement notices, prohibition notices and a maximum fine on the successful prosecution of up to £20,000!

Non-healthcare providers of laser and IPL treatments are advised to contact their Local Authority to establish how they should proceed in meeting the local requirements.

Note: Healthcare professionals (doctors and nurses) using laser and IPL systems for treatment of disease, disorder or injury remain regulated under the new regulations with the CQC as before.

At the Suffolk Medical Clinic we were amazed that non medical providers of laser and IPL treatments were to be de-regulated where as more qualified practitioners had to remain under regulation. It can only be good news for all providers to have set protocols and standards that must be maintained and updated. We would urge any potential clients interested in Laser and IPL treatments to check very carefully as to the experience and regulation of treatment centres. 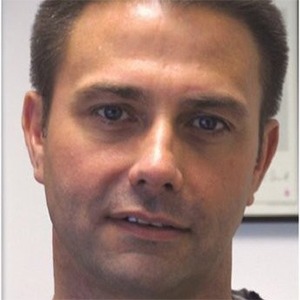 Dr Philip Dobson graduated from the Royal London Hospital Medical College, University of London. After completing vocational training in General Practice and working as a GP for 8 years he was appointed as Medical Director to the Eye Clinic where he was responsible for establishing a nationwide laser vision correction service.

Dr Dobson continues to work as a cosmetic & laser physician, carrying out a wide range of procedures and is trained in the use of more than 20 laser and intense pulsed light systems. He holds a postgraduate diploma in skin surgery.

Dr Dobson is Medical Director of LCS Healthcare and holds board certification under RPA 2000 as a Laser Radiation Protection Adviser. LCS Healthcare provides assistance to organisations registering with the Care Quality Commission with the application process, regulatory compliance, facility design, infection control, audit and clinical governance. He lectures extensively on regulatory compliance in both the laser and medical fields.