As we close the book on a summer of scorching temperatures, last month we also said goodbye to another series of Love Island for another year. Truly a reality dating show that gripped the nation; you could not navigate the internet for even a second whilst it aired without getting sucked into the drama. Love it or hate it, it’s not difficult to see why it dominated every social media outlet for the duration of its run.

Whilst the show took over our screens for 8 weeks, social media was rife with how reality TV shows such as Love Island are ‘normalising cosmetic surgery’, but is this really the case?

As an international, award-winning cosmetic doctor, who has worked in medical aesthetics for the past twenty years, I feel that the rise in various cosmetic procedures is actually down to ‘women feeling much more empowered now’, contrary to recent critics saying it is due to reality shows causing a feeling of inferiority among some females.

I believe that the rise I have seen for lip fillers, nose restructuring, and breast surgery is due to women being much more confident that they can be who they want to be and have the financial independence to do so.

There has been a decrease in the number of people coming in for invasive procedures, like facelifts, and more people looking for more natural results through non-surgical means such as lip fillers. Fillers in particular are something that we have seen a big increase in, and patients come in with photos that they have seen on Instagram as inspiration. The celebrities that we see most often as forms of inspiration for our younger patients are Cheryl Cole, Michelle Keegan, the Hadid sisters, Kendall and Kylie Jenner.

Which Treatments are on the Rise?

I have noticed a 15% rise in the number of fillers I have performed compared to last year. My clinic is busier now than it was two years ago, particularly with breast, abdominoplasty and eye procedures. Anti-wrinkle injections, however, are still the most common treatment requested. Non-invasive procedures in particular are on the rise, possibly as they can yield such natural looking results.

Is Reality Television the Cause?

Reality shows get people talking about procedures, making them more accessible and normal, no one should be shamed for changing something they don’t like about themselves.

Patients mention many celebrities or reality TV stars when they enquire about cosmetic treatments, especially young celebrities from reality TV or soaps. Kylie Jenner in particular are often cited as the reason for the significant rise in lip fillers in the UK.

However, what is more interesting is that there are also a lot of film actresses who I believe are driving more subtle surgery and treatments. Nichole Kidman, Sharon Stone, Helen Mirren and Jane Fonda have all been mentioned by patients due to their beautifully subtle and natural looking treatments. So, it’s not just young people getting inspired by famous faces, but more mature ladies as well who want to age beautifully.

What Impact Does This Have?

There is an argument to be made that being constantly bombarded by media that is full of beautiful people can negatively impact a person’s self-esteem. But as more and more celebrities and reality stars talk openly about procedures they have had done, people realise that they can achieve these looks for themselves. Opening an honest dialogue about cosmetic treatments can help people have the confidence to talk about their body worries and feel less afraid to talk about the possibility of getting cosmetic surgery.

Women are much more empowered and confident that they can be who they want to be, and if they want to change something about themselves to make themselves happier, then why not? The surge in makeover shows mean that cosmetic surgery has become more of a lifestyle choice, something that is talked about and is more affordable than ever. The difference in our patients’ confidence before and after treatments is monumental. It is truly life changing for many women and can completely change their psychological health.

There are, however, TV programmes that highlight other aspects of cosmetic surgery. Shows such as ‘Botched Up Bodies’ have proven that surgery is not something to be considered lightly. You must always thoroughly research prior to seeking out treatment and have the utmost confidence in your surgeon and the results. Cosmetic surgery, when done correctly and for the right reasons, has the potential to be completely life-changing. 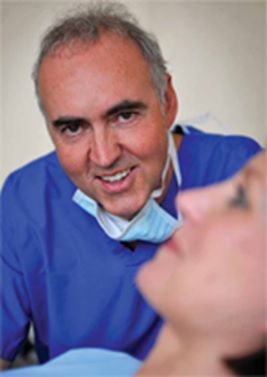 Dr. John Curran is the Lead Physician and Chief Executive at the Aesthetic Skin Clinics in the UK Channel Islands and Ireland. A respected senior member of the medical community, Dr. Curran specialises in cosmetic dermatological, medical and surgical procedures and personally oversees the addition of all treatments that are offered by Skinstation. He is known professionally for this role in the education of cosmetic medical practitioners. He is a Past President and Fellow of the British College of Aesthetic Medicine. Dr Curran has over 20 years experience in the discipline of Cosmetic Medicine.He also lectures regularly on aesthetic medicine, is published in leading Cosmetic Medicine Journals and is involved in monitoring and setting industry standards through the Committee. His experience of cosmetic procedures span over 15 years. Dr. Curran has special interests in skin ageing, radio frequency, laser treatments and dermatological surgery. He is popular with peers and patients alike. Dr. Curran has extensive experience in performing the full range of cosmetic dermatological and medical treatments including, Advanced use of Botulinum Toxin, Hyperhidrosis management, Dermal Hydration Therapy/Fillers, Microsclerotherapy/Vein Treatments, Minor Surgery, Lipotherapy, Fraxel, Thermage, ULTRAcel, Ultra-lift, Skin Rejuvenation, Skin Care, and deep medical peels. Dr. Curran is the Chief Executive of the Aesthetic Skin Clinic and mentors the medical team at all clinics.