Sometimes, after a long day at work, a simple beauty routine like ‘cleanse’ and ‘moisturise’ can seem two steps too long. Applying make-up in the morning can be a chore too, but at least modern cosmetics are safe and designed to be relatively simple to apply. Imagine, if you will, waking up in Tudor England as a lady from a wealthy family. Admittedly, this is a strange request, but I promise you’ll never complain about your beauty regime again!

Depictions of the female form in Renaissance art suggest that the feminine ‘ideal’ for this period were voluptuous and very fair skinned young women. For many women, these ideals were out of reach; a significant number of people worked outdoors, causing their skin to tan and age prematurely. In addition to this, calorie-rich food could also be scarce for some poorer members of society, making it difficult (in conjunction with physical labour) to put on sufficient weight to be considered an attractive and healthy shape. Indeed, the only women who had the time and funds to pursue this ideal were often wealthy, with no need to work outdoors in physically demanding jobs. However, the pale complexion of a serial sun avoider still wasn’t quite pale enough...

Evidence suggests that Tudor ladies tried to further enhance the paleness of their skin using ingredients such as white lead (1) - yes, you read that right. Lead. Mercury was another cosmetic favourite. Farah Karim-Cooper’s 2006 book ‘Cosmetics in Shakespearean and Renaissance Drama’ suggests that ‘a spotted face or forehead in the Renaissance carried suggestions of sin and duplicity’, which might explain why women were happy to plaster their faces with toxic substances that would likely have some pretty nasty health implications.

Beautification didn’t stop at makeup though – a high forehead and perfectly arched brows were also the height of fashion for high-born Tudor ladies. Plucking and taming eye-brows may seem like a bit of a faff at times, especially when you are in a rush, but imagine if your eyebrows were only the beginning! Next stop, plucking your hairline...

Women weren’t the only ones to have to put up with some fairly ‘quirky’ health and beauty practices though. According to the very amusing ‘Horrible Histories’ team, human faeces was mixed with honey to help treat rotting teeth (2)... Still think that your bedtime routine of face-washing and tooth-brushing is a bit of a bore? I didn’t think so! 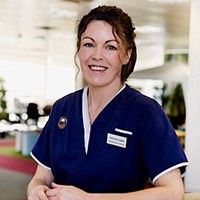 Clare McLoughlin has been a general nurse since 1988 and is an Independent Nurse Prescriber and advanced procedure aesthetic nurse and trainer with more than 16 years’ experience in the aesthetic field.Clare is a member of the Save Face UK Expert Advisory Board.

As a recognised aesthetic trainer, Clare is known for her professional approach and skill in the field of aesthetics and has appeared on a number of television programmes performing injectable aesthetic treatments. After working as a practitioner for a large national chain 2001-2003, Clare started her own business – Appearance Based Medicine – in 2004, to enable her to provide the highest level of patient care and satisfaction.

Clare is recently published and her clinic Appearance Based Medicine is located in Marlow- on- Thames.