The advances in technology since the turn of the century have been completely unprecedented. Every year we are presented with a new form of slim-lined, sometimes wearable tech that seems essential to our existing (and abundant) smartphone, tablet and phablet collection.  Following that comes a plethora of on-demand apps promising to make our lives easier and more efficient. But has society fully considered the implications associated with the quest to be fully wired up to all the latest tech gadgets?

Millenials are the first generation to be brought up exposed to this amount of technology and the pace at which it is developing. They are an ongoing digital experiment to gauge what the next big ‘thing’ is going to be. The results so far: a technology addiction epidemic that is having a hugely detrimental impact on our physical and mental health.  Apps, games, shopping and short-read news fuels this ‘tech-diction’ which in turn results in an increasing impatience and inability to be content alone.

A study called The World Unplugged by the International Centre for Media & the Public Agenda (ICMPA) discovered that an overwhelming majority of students reported severe mental distress when forced to not use technology for a full 24 hour period. Talking to the Telegraph, Professor Susan Moeller who led the research, likened the withdrawal symptoms to those seen in drug addicts.

This mindless and purposeless browsing means the number of hours we spend looking at screens has dramatically increased over the past 30 years which has correlated with a steep increase in short-sightedness and the search for vision correction with laser eye surgery.

New research from Lasik Eyes which investigated the technology habits of 18-24 year olds revealed that an alarming 1 in 6 young people are spending up to 11 hours a day staring at a screen – this is longer than most spend sleeping at night. Even when it comes to sleeping we are looking at our phones right up until we eventually nod off which has detrimental effects on our sleep cycle and vision. Nearly half of respondents claimed that they felt their eyes had significantly deteriorated as a result of prolonged use of a tech device.

Dr. Romesh Angunawela from Moorfields Eye Hospital stresses the worrying increase in myopia (short-sightedness) across the world: “We are seeing societal change in the use of screen technologies that are now an intrinsic part of our lives.

“The long term effects of these changes are unknown at present. However, in countries like Singapore, a society where computer use from a young age has increased over the last 3 decades, rates of short-sightedness have increased from 23% in 1980 to 86% in the year 2000!”

Most worryingly is that exposure to such powerful devices is now beginning at a much younger age. Children are becoming astute at using laptops, touch screens, smartphones from when they are toddlers through to the classrooms at school. Dr Ramos Sanchez claims that this age group is highly vulnerable to the damages of prolonged technology use. Speaking to the Daily Mail, Dr Sanchez points out that modern LED screens are significantly more powerful than models pre-2007 as they emit up to 5 times more blue light, the substance responsible for many eye ailments and vision problems.

Blue light differs from other parts of the light spectrum because it reaches further into the eye into the retina, according to Review of Optometry. The intensity of blue light is responsible for Macular Degeneration, a condition where the receptors in the retina begin to die out which causes eye strain and sight problems.

If we are already seeing the effects of blue light in teenagers, we can only infer that younger generations are going to be far more susceptible to severe eye health conditions later on in life.

Computer use shows no sign of dwindling so the key is educating young people on how to look after their eyes on a day to day basis. The findings from Lasik Eyes revealed that 63% of respondents do not know the basic and necessary exercises they can do to relieve eye strain which is the simple 20/20/20 rule (give your eyes a break every 20 minutes from your computer screen, look at something 20 feet away for 20 seconds). These quick, simple drills could make a significant difference to our eye health later on in life when we once again become more vulnerable to health risks.

Great article. Starting our days with checking with our email boxes and FB pages isn't something our vision will thank us for. I have -3 myopia (short-sightedness) and plan to schedule laser surgery on my both eyes next year to say goodbye to my glasses and lenses.
Since I own a medical travel company, the numbers mentioned by Dr. Angunawela are shockingly true... That's exactly what our statistics of overseas patients searching eye laser treatment tells us. 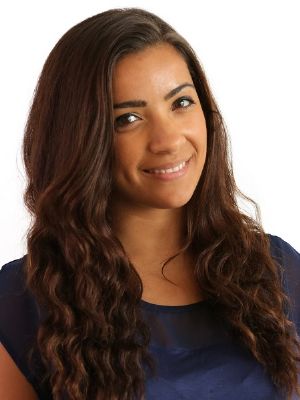 Jessica Laporte writes for Clinic Compare about trends and legislation within the elective surgery industry. Find her tweeting at @jessthePR