Safety in the Beauty Industry - Cowboys and Outlaws - Time to put away the six guns?

The current round of concern and outpouring about “cosmetic cowboys” in the unregulated surgical and non-surgical cosmetics industries first started after the PIP scandal in 2012, and after two years of media outrage and government reviews has amounted to very little. The Department of Health's response to the report by Sir Bruce Keogh, a review of the Regulation of Cosmetic Interventions in England, clearly shows that there is, indeed, very little appetite for change. What there is, though, is a hunger for practitioner certified training and public education. This is right and proper.

In truth the furore over what has been referred to as the "wild west" atmosphere is perhaps a little misplaced. Maybe there is a lack of appetite for change because Government do not believe we are on the verge of the catastrophic crisis campaigners and the press would have us believe.

Take the PIP crisis. In reality there was only one cowboy, and now he's in prison. The cause was a French manufacturer, who cut corners and safety regulations to enhance profitability at the expense of safety. It was, quite simply, a criminal activity for which he has suffered the consequences. The PIP implants were, supposedly, regularly tested by an independent authority from Germany -- the kite mark. Obviously something in this process went badly wrong. The French courts have declared the testing company at fault, or negligent, and therefore partly liable for the pain and distress caused, certainly in France.

The cosmetic surgery companies and cosmetic surgeons who recommended the PIP implants did so in the knowledge that they came with the European "kite mark" of official approval. The majority of the implants were used by reputable cosmetic surgery companies, using qualified registered cosmetic surgeons -- most of who are practicing members of surgeon associations. Indeed, the NHS also used them. The surgeries with the implants were carried out successfully and resulted in many satisfied patients. There were no immediate or untoward problems. No sign of “cowboys”. They became “cowboys” because of the media. They all became cowboys by association -- there’s nothing like a bit of press hysteria to bring out a Salem Witch style conclusion, swiftly followed by the hoards of tort lawyers looking for a quick payday.

Then it was the turn of dermal fillers. Apparently we were -- and still are -- sitting on a crisis waiting to happen. According to campaigners the public were being injected left, right and centre in backstreet operations, and being left with disfigured, garish faces.  BAAPS published statistics that revealed a shocking 69% of surgeons saw patients suffering complications from temporary fillers, while nearly half of surgeons saw problems with semi- or permanent fillers. These numbers do not give a fair overall indication of the situation. Many thousands of people have had successful uncomplicated procedures. I have been running a non-surgical doctor led business for over 15 years and in all that time we have probably seen less than 0.5% of patients that have needed "backstreet" work corrected.  There’s a scaremongering climate developing.  What the crisis has done is allowed some organisations to launch their own agenda.

The reaction to the "crisis" is disproportionate. It was initially caused by criminal activity, by a manufacturer who has been brought to task, and now, after an enquiry lasting the good part of two years, the government have announced, well …nothing, really. There's no legislation on dermal fillers, no legislation on who is allowed to inject, no legislation on who can operate the "death ray" lasers used in laser hair removal, and certainly no legislation regarding the “Wild West Cowboy”-style attitude that apparently prevails.

There are a few recommendations, and that’s it. This can surely only mean the cowboys are still out there and waiting to ambush us all again. Or were they ever out there in the first place? Did the inquiry reveal the band of ruthless cosmetic surgery cowboys? There have certainly been one or two that have rightly been reprimanded for remote prescribing, inadequate training, shoddy work, and inappropriate advertising. Our task is to continue with best practices and to educate the general public as to the dangers of non-medical practitioners undertaking such procedures.

Media outcry has raised awareness about standards. There is no longer any excuse for Mrs Jones to be seeking out cut price deals in dodgy backstreet businesses – the profile of the industry has been raised enough to be in common consciousness. Is the Government actually right? We are already wrapped up in a mass of legislation and red tape. Should we have sharp knives outlawed or should we legislate that you can only purchase them from an approved supplier of lethal weapons because in the wrong hands they can be dangerous? Or are we reaching a point where we are saying that we simply can't legislate for everything, and if Mrs Jones is misguided enough to let her butcher inject her she faces the consequences? 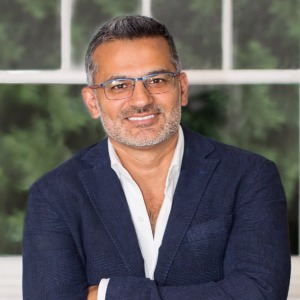 Thanks for the great sensible blog. Blaming the cowboys is a bit like blaming the ghost in the machine. 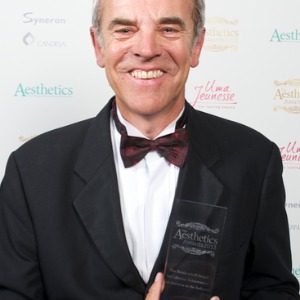 Courthouse Clinics’ Dr Bowler is a founding member and Fellow of the British College of Aesthetic Medicine, and a member of the American Society for Laser Medicine and Surgery.

He is a leading authority on cosmetic treatments and has featured on GMTV, BBC Radio, Living TV and Channel 4’s Ten Years Younger. He also writes for the Huffington Post, and is the author of “The Nervous Girl’s Guide to Nip and Tuck”. Dr Bowler set up Courthouse Clinics over 15 years ago, in 1998, at an old 19th-century courthouse in Brentwood, Essex. At the time, it was one of the first doctor-led clinics of its time, offering both surgical and non-surgical treatments. There are now 11 branches nationwide, cementing Dr Bowler’s reputation as a pioneer in accessible and exemplary cosmetic treatments.

Dr Bowler insists on only using quality, approved products in his clinics, backed up by extensive safety data. Courthouse Clinics a registered member of the Independent Healthcare Advisory Service’s Injectable Cosmetic Providers and Care Quality Commission registered and compliant. The cornerstone of his approach is a deep belief in educating clients and consumers in the science and use of product ingredients.