Moles are very common in the UK. The average adult will have around 30, but some people can have many more.

Mole removal surgery is a relatively straightforward procedure to do and with modern techniques and equipment the treatments are pain free and scarring is now much reduced for most procedures.

Moles can be “unwanted” for a variety of reasons. Cosmetic reasons include having a mole in an obvious or embarrassing place, such as on the face where it may look odd on the nose, cheeks or around the eyes. Raised or hairy moles may also cause problems where they “catch” on clothing or look particularly unattractive. In these cases, cosmetic mole removal is an option privately as it not available on the NHS.

For moles where there is change or concern about the nature of the mole and whether it is abnormal or not, it is best to consult your GP for an onward referral to a plastic surgeon or dermatologist that is recognised in dealing with skin cancer. This can be arranged by your doctor on the NHS or privately if you have medical insurance.

It is important to recognise malignant melanoma as it is the main skin cancer that results in patient mortality. Patients should be vigilant for new or changing predominantly dark brown or black moles that commonly look different from the other moles – this is known as the “ugly duckling sign”. See my previous blog for more signs of malignant melanoma.

Where there is any concern about the mole, then patients should seek medical attention as soon as possible. If the Doctor agrees that the mole is suspicious, it should be removed as quickly as possible as malignant melanoma can be an aggressive form of skin cancer and NICE (National Institute for Clinical Excellence) has established guidelines for treatment which mean patients are fast tracked for treatment. Most patients are seen within 2 weeks on the NHS.

Depending on the nature of the mole being removed, there are a number of options as follows:

Cryotherapy / Freezing
The use of liquid nitrogen to freeze the skin lesion is predominantly for warts and skin tags; but can be used on some types of moles such as seborrheaic keratosis to remove them quickly and cheaply. Not commonly used for other types of moles such as intradermal naevi or compound naevi.

Laser Mole Removal
Laser mole removal is generally recommended for smaller, flatter and lighter coloured moles that are being removed for cosmetic reasons. A major advantage of laser mole removal is that it leaves a neat result with minimal scarring compared to the surgical options.  There is a small risk of recurrence but patients are often happy with the result.

After examination, the doctor or surgeon will choose the most appropriate laser technology depending on the mole. The lasers that can be used are generally IPL (Intense Pulse Light), KTP (potassium titanyl phosphate) or ND-Yag laser. These all emit specific wavelengths of light to target the darker pigment in the skin and evaporate it. Laser is also cauterises the wound which means that it wound is left with almost no bleeding and heals quickly.

Shave Excision Surgery
Raised moles or those that protrude from the skin are suited to removal via shave excision surgery.

Normally a tiny injection of local anaesthetic is used to numb the area, then a special scalpel / surgical blade is used for a tangential excision removing the mole to leave flat, mole-free skin without any stitches.

The procedure only takes a few minutes and the wound takes 7-10 days to heal with mild pink redness for 3-4 weeks that gradually fades over the coming months to leave a small or negligible scar.

Ellipse Excision Surgery
Ellipse excision surgery is the most invasive option of the three. It is normally chosen for suspicious moles or those that are not suitable for laser or shave excision.

After a small local injection, the mole is removed using a scalpel. A skilled surgeon will seek to remove the entire mole in one go and then bring together the skin with tiny dissolvable stitches before covering with a dressing. The procedure takes about 20 minutes. After initial healing, the scarring will continue to fade to leave a thin white line instead of the mole.

Mole testing is essential for all suspicious moles, but I recommend that all moles should be tested as a precaution. Even apparently harmless moles should be sent away for histology testing, including those that are of no medical concern and being removed for cosmetic reasons. 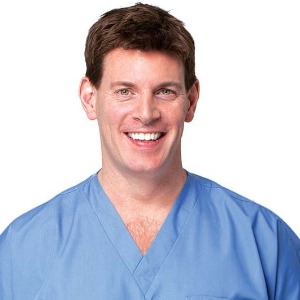 Dr Ross Perry MBBS qualified at Guy's & St Thomas' Hospital Medical School in 1994. He is the founder and Medical Director of Cosmedics Skin Clinics, which he established in 2003 as an independent Doctor-led business providing a range of aesthetic and medical skin treatments for private patients.

As well as work for Cosmedics, he also continues NHS commitments in reconstructive skin cancer work as a GP with special interest in plastic surgery.

At Cosmedics, Dr Ross Perry specialises is in surgery and laser dermatology procedures such as the removal of troublesome moles, warts, skin tags or cysts using his expert training to ensure the best cosmetic outcome. He is also a leading expert in non-surgical facial rejuvenation and well known for natural-looking yet highly effective results in procedures such as wrinkle relaxing injections and facial fillers. He has trained his team of doctors to use the same methodology to ensure the best and consistent results across his 6 clinics.

Cosmedics Skin Clinics have 5 London skin clinics and one in Bristol. The team are committed to providing results based medical, aesthetic and laser skin treatments for the face and body, using the very latest technology and techniques.