Tooth whitening - dentists versus non-dentists - what does the law say?

The tooth-whitening situation is confusing for Dentists let alone the general public. Is it legal? Can non-dentists provide it? What concentration is safe/legal?

When properly used by a dental professional, bleaching of vital teeth is extremely safe, but risks to teeth and adjacent tissues do occur even so.

For instance, hypersensitivity can occur resulting in significant discomfort for some patients. If whitening trays are not properly fitting severe burns of the adjacent gums can occur. The only way to minimise these risks and ensure patient safety is firstly for a dental professional to properly screen inappropriate candidates, then dental supervision must be provided before, during and after treatment.

A beauty therapist would not be able to diagnose dental disease or worse, oral cancer and therefore must not be providing tooth whitening to clients. They are unlikely to be able to ensure complete gingival protection from the concentrated products they are applying to the teeth. I have on several occasions seen very severe burns to the gums following this.

Many beauty therapists are using a high concentration of Hydrogen Peroxide and a light to lighten teeth. However some are even using Chlorine Dioxide to whiten teeth. This is an extremely acidic, harmful substance that results in permanent etching and damage to teeth.

Unfortunately the current guidelines are not stopping ‘non-dentists’ from providing tooth whitening.
The European Commission announced on the 20th of September 2011 that it welcomes the new Directive on tooth whitening products.

The following guidelines are to be implemented by September 2012.


The situation at present is that it is illegal in the UK to supply a product for the purpose of tooth whitening, if that product contains more than 0.1% Hydrogen Peroxide. However many dentists still provide this treatment as the alternatives, such as veneers/crowns, are too destructive to the teeth.

The GDC regards tooth whitening as being the practice of dentistry. It has clearly signalled that it will seek to prosecute those who are not registered and who provide tooth whitening. Indeed to date there have already been a number of prosecutions. The current GDC Scope of Practice document indicates that hygienists and therapists may also carry out tooth whitening provided they have obtained the appropriate training and only then under the prescription of a dentist.

The new directive puts patient safety first by recognising the importance of examination by a dentist before whitening treatments are provided. This clearer law will enable easier prosecution of non-dental professionals providing tooth whitening, however in reality the lack of resources will probably mean that this law is poorly enforced. 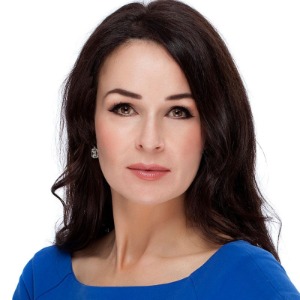 Dr Oliver is an advanced cosmetic injector and is one of the Midlands’s leading aesthetics practitioners. Dr Oliver has dedicated her professional career to the study of skin health and ageing and is passionate that healthy skin really is at the heart of looking good and feeling great.

Having trained with many high profile injectors such as Dr Zein Obagi (Beverly Hills) and Mauricio de Maio (Brazil) she is respected by her peers for the natural results she achieves in non-surgical facial rejuvenation. Dr Oliver has been selected to work with a number of revolutionary non-surgical treatments in the Midlands; to permanently reduce fat, contour body shape and tighten or lift facial and body skin.

Dr Oliver holds Key Opinion Leader roles for a number of non-surgical treatments and clinical skincare brands. Her commitment to ongoing personal and team training with key industry experts is reflective of her passion to continually raise standards and introduce the innovative best practices to the industry.