The Curse of Leslie Ash: Permanent Fillers cause Permanent Problems

When you set up your own Medical Aesthetics practise, you will quickly find a Ghost that haunts you. You will particularly experience her looming shadow if you decide to offer lip filler treatments. But we can pretty much guarantee that her name will crop up over and over regardless. “I don’t want to end up looking like Leslie Ash!”: it is a plea from your clients that will become all-too familiar.

The Leslie Ash “Look” is certainly not high on most people’s aesthetic wish-list. You have most probably seen the recurrent pictures in the media of her now infamous “trout pout”. The unfortunate woman has been hauled over the coals as an example of Cosmetic Surgery Gone Wrong in every woman’s magazine article of that theme ever since her lip treatment in 2002.

Ash originally claimed she had collagen lip implants to correct her disappearing top lip (an unfortunate but common side-effect of ageing) and maintain her image in the public eye. Ironically, the treatment had the opposite effect, bringing her notoriety for all the wrong reasons. Back in 2003, the actress typically told the press that her permanently swollen, upwards-curled top lip was a terrible accident and the result of a reaction to the collagen in the implant. By 2010 she had conceded that it was not an implant at all, but an injection of liquid silicone (the same lethal cocktail responsible for the death of Claudia Aderotimi) which had caused the ridiculous effect.

“The Curse of Leslie Ash” is therefore that hundreds of women who would otherwise have considered lip-enhancing treatment have now been put off completely. And of those that do approach you for procedures, a large number will need reassurance that they will not leave your clinic looking similarly over-the-top or caricatured.

In his talks to delegates attending medical aesthetic courses at the Cosmetic Courses National Training Centre, Mr Adrian Richards (Consultant Plastic Surgeon) is always keen to set the facts straight. For starters, there should be broader awareness of precisely which treatment Leslie Ash underwent: it seems very wrong that by initially shielding the truth, she has created mistrust and fear of both lip fillers and lip implants. Prospective clients do not realise that dermal fillers are not the same as the injections which she had, and can give lovely subtle enhancement to both the lip body and border (in the hands of a qualified, trained medical professional). Nor do they always understand that she did not have a lip implant at all and that it is therefore well worth investigating the potential of Permalip implants. In fact, Mr Richards highly recommends the Permalip implant as a method of augmenting the lip body: these implants come in a huge variety of sizes and shapes, are sculptable, safe and above all can be removed if necessary.

In contrast, liquid silicone injections, like Ash had injected into her lips by a plastic surgeon whilst at a friend’s house, is permanent. And as Mr Richards warns all his trainee Aesthetic Practitioners, ‘Permanent fillers cause Permanent problems’. In Leslie Ash’s case, the silicone set around the muscles in her lips and it is now impossible for surgeons to remove it.

So there you have it: of course, however silly the actress may have been, she is also incredibly unfortunate. She is certainly not alone, but possibly receives more publicity about the matter than most and will almost certainly be one of the names you come to regard as a bug-bear. Instead of getting irritated by this, however, try to see your role as educating your clients, so that others do not make the mistakes of Ash and others. With this knowledge, you can ensure that you offer only the best and most suitable treatments and therefore provide genuine reassurance that your clients will not walk out of your treatment room and straight into the gossip Columns! 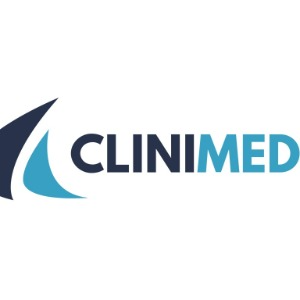 Sarah Brechon regularly Blogs and writes articles about the cosmetic surgery and medical aesthetic industries, from both the perspective of the industry insider and the consumer.

She has indepth knowledge of a range of industry issues and procedures, developed during her years as Content Marketing Editor and Copywriter for Cosmetic Courses (www.cosmeticcourses.co.uk) medical aesthetic training and Aurora Clinics (www.aurora-clinics.co.uk ) plastic surgery and cosmetic centres.

Sarah has a keen interest in social media, digital marketing and how these fields are influencing the sector.