According to economist Daniel S Hamermesh this is true!

“I just can’t understand people who have ugly people working for them” once proclaimed Jade Jagger, fashion designer and daughter of Rolling Stones legend Mick Jagger.   Well, one reason Hamermesh explores is that they are cheaper to employ!
If you are one of what Hamermesh calls the ‘genetically underblessed’ you will make an estimated £150,000 less in your lifetime than the genetically blessed.

In his new book ‘Beauty Pays’ Hamermesh, a professor at the University of Texas, breaks beauty down into a 5 point rating system to try and prove the link between economics and beauty (pulchronomics) and despite the age old adage; ‘beauty is in the eye of the beholder’, he discovers there’s a consensus about what constitutes good looks.

I’m sure we can all think of a few examples where it pays to be attractive, but he says it’s not just the obvious careers.  As an academic himself, he points to the teaching profession where he believes a teacher’s attractiveness will earn them better reviews from their students, therefore leading to more career advancement opportunities.  Hamermesh says its men who face the bigger looks-based pay gap over women.  Here, he points to ‘homely’ looking athletes who earn less than their handsome teammates.  Other examples in the book look at the husbands of average looking women who earn 10% less than their not-so-average looking counterparts and unattractive people have a harder time getting a loan.

So is it all plain sailing if you’ve been lucky enough to land yourself a winning ticket in the genetic lottery? Hamermesh says No! An attractive woman who seeks a top level position and a high flying career will be stymied by the ‘bimbo effect’ – meaning they will have to prove their competence.

So what does Professor Hamermesh suggest to combat the genetic hurdles? He believes the aesthetic underdogs are victims of the so called ‘beauty conundrum’ and he addresses this point in the last chapter of the book – “What can you do if you’re bad-looking?”  His solution – the aesthetically challenged should be compensated by the government! 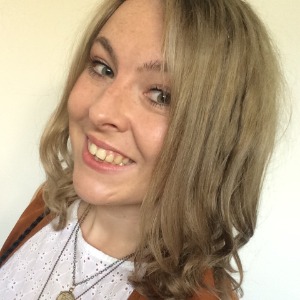