A day in the life of a plastic surgeon...

Early start, and a good breakfast - eggs, bacon, and sausage, arriving in hospital at 07:15 to see my first patient for upper and lower eyebag (blepharoplasty) surgery.

I review my notes and the operation plan with her and answer her last anxious questions.  Do my operative markings, describing what I will do to refresh her eyes. I very rarely remove fat from the eyes, but either reposition the fat or replace it back into the socket to avoid the hollowing so typical of aging eyes.

My nurse then spends some time talking about pain relief and her care following the surgery.  Our anaesthetist, who I have worked with for over 12 years, comes in to see her and is very positive and reassuring.  She will use a light general anaesthetic akin to twilight and I will inject local anaesthetic around the eyes so that she is completely comfortable after the surgery.

The operation takes about 90 minutes and I write up detailed operation notes before seeing next patient for septorhinoplasty. He is anxious having broken his nose three years earlier and has been having difficulty breathing through his nose.  He wants to straighten the bump and improve the bulbous tip.  We discuss the operative plan and I answer his concerns.

Once he is asleep, I inject a local anaesthetic into his nose and have a good look inside - his septum is severely distorted following his injury, so need to clear this to ensure he will breathe freely.  Operation goes well, his bridge is nice and straight and tip looks more proportioned.  I apply Micropore tape and a plaster cast to keep everything stable during the healing.  He will go home later today and return in one week to unveil his new nose.

Write up my operation notes before seeing our next patient for breast augmentation. She is very anxious – does not want to be too big or look ‘fake’, so she has chosen a very natural C cup size and teardrop shape, which I reassure her will fit her frame well and give a very natural result.  Surgery takes about 45 minutes and she is in recovery, sitting up 10 minutes later.  After writing up her notes, I pop in to see her before the next patient.  She is a little teary with delight that it’s all over and she looks perfectly sized.

Onto the next patient who is for a mini-tummy tuck. I am doing less mini-tummy tucks now as our skin tightening radiofrequency device – EndyMed 3DEEP - is so good at tightening the tummy skin that fewer patients need to have surgery.

This patient is very specific that I keep the scar into her bikini line. She is happy with the plans and after seeing my nurse and anaesthetist is off to sleep quickly.  I remove the excess skin and fat from below her belly button and perform some liposuction above and around her side to improve her shape.   Operation takes 60 minutes, and I use a waterproof dressing and a surgical garment. She will get out of bed after about two hours and will be able to go home after four hours if all is well.

All of this has happened before lunch!

Have a quick chicken salad for lunch before my next patient, who is having fat grafting to enhance her buttocks. I will need to harvest a large volume of fat from her tummy, sides, and back as we plan to get about 500cc of fat into each buttock.  This is a long procedure, taking about three hours, but all goes well.

I use the PureGraft system to prepare the fat, which gives very good quality fat for grafting.  Her shape looks great at the end and I put her into a support garment before she is moved to the recovery.  She will be up and about after four hours, and on her way home soon after that.

It’s been a good day and I have managed to reply to all the email queries from patients’ in-between operations.  My nurse has seen five post-operative patients during the day.  Normal removal of sutures and dressings, and we spend a few minutes reviewing these patients to ensure that their recovery is going well.  I check on all the patients before heading over to the clinic.

Have to sign a few letters and call a patient to discuss her mammogram results before I can get home to see my kids.

A day in the life of a London-based plastic surgeon is certainly varied!

No rest for the wicked! I think my days just get longer and longer these days! Nice insight! 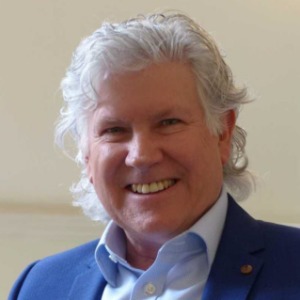 Mr Christopher Inglefield BSc, MBBS, FRCS (Plast) was born in Trinidad, West Indies, and obtained his Medical Degree from the University of the West Indies in Jamaica and Trinidad in 1985. After attaining his Medical Degree, he went on to complete his specialist surgical training in the UK, passing the examinations for admission as a Fellow to the Royal College of Surgeons of England.

Mr Inglefield became passionate about plastic surgery and after six years of developing his specialist skills and experience, passed the intercollegiate specialist examination (in Plastic Surgery) and was awarded the FRCS (Plast). This confirmed his expertise in all aspects of Plastic, Reconstructive and Cosmetic Surgery and he was admitted to the Specialist Register of the United Kingdom General Medical Council.

Mr Inglefield’s areas of specialist interest include Breast Surgery/Reconstruction, Eye and Facial Rejuvenation, Rhinoplasty and Non-Surgical Nose Shaping, Labiaplasty and Gender Reassignment. The dedicated and experienced team at London Bridge Plastic Surgery offers an extensive range of both surgical and non-surgical procedures. Mr Inglefield and his team are committed to offering the most up-to-date treatments and procedures and the highest standard of care in a stress-free and caring environment.

Mr Inglefield is a well-known expert on the latest surgical and technological developments in plastic surgery, and ensures that the service offered to his patients is constantly evolving.

He is regularly invited to present lectures on his research and activities at national and international conferences. Mr Inglefield has also written several papers and contributed to many specialist books and journals within the field of Plastic and Reconstructive Surgery. He is a member of the British Burn Association, the British Micro-surgical Society, the British Association of Surgical Oncology and the Royal Society of Medicine – Plastic Surgery.

Mr Inglefield has appeared on numerous occasions on television and radio programmes including Radio 5 Live, NBC and Granada (such as Terry & Gabby, London TV and Kilroy). In addition, he has been interviewed and quoted a number of times in national newspapers and magazines, such as The Sunday Mirror, The Sunday Times, The Financial Times, The Daily Mail, Marie Claire and Harper’s Bazaar, among others.