I read Dr Delamaine’s article on her problems with Bio-Alcamid™ with both interest and sympathy. I was pleased to be asked to contribute to the discussion.

I was introduced to Bio-Alcamid™ in late 2003 as a potential treatment for my patients with HIV related facial wasting. At that time, options for large volume replacement by non-surgical means were limited. Fat transfer (which I would classify firmly as surgical) and collagen were the alternative options and both had their identified difficulties.

I have to say at the outset that for the vast majority of the several hundred of patients I have treated with Bio-Alcamid™ the procedure has been uneventful and the outcome the desired one. Almost all my patients have been HIV positive or immunosuppressed. For a small handful of patients though, there have been problems, some very significant. I know from approaches from patients treated elsewhere, requests for expert opinions from medical negligence solicitors and informal approaches from other doctors that these problems are both increasingly common and mounting. I was involved in a documentary by Leslie Ash on the problems of the dermal filler industry as a whole and a particular patient, treated with Bio-Alcamid™ was presented to me for opinion.

All Dermal Fillers have their problems. The journal Dermatologic Surgery devoted two issues, one in June 2008 and the second in February 2009 to Dermal Fillers, their uses and problems. The most respected “household names” in the dermal filler world were also shown to have problems in certain circumstances. These are usually minor and transient. The problems associated with “permanent fillers”, which include Bio-Alcamid™ can be more sinister. A good part of the reason for this is that they are not dermal fillers but surgical implants and the processes and techniques for use of the two types of product are vastly different. Bio-Alcamid™ was marketed in the UK as a straightforward, deep dermal endo-prosthesis requiring relatively minimal training. In fact, it is a complex material, with a difficult injection process and considerable potential for immediate and long term hazard if not treated properly. It is a very unforgiving product if mishandled.

Bio-Alcamid™ is described by the manufacturer as a hydrogel, a mix of a polyalkylimide (96%) and water (4%). Amongst its stated characteristics are primarily ease of removal; being chemically inert; and not migrating. Unfortunately, in practice, in a small number of patients this has proven not to be the case.

Jones et al, writing in Dermatologic Surgery (Volume 33, Issue s2, Pages S193-S198) describe five cases of late appearing abscess (in patients with HIV where Bio-Alcamid™ had been placed for large facial volume replacement) some considerable time after placement which then required incision and drainage and antibiotics. Review by Pacini S, et al. (Bio-Alcamid™: a novelty for reconstructive and cosmetic surgery. Ital J Anat Embryol 2002;107:209–14.) of 2000 cases showed a late abscess complication rate of 12/2000 cases, a rate of less than 1%. All five cases showed contamination with streoptococcus. My personal experience with a range of HIV positive patients some of who are severely immunosuppressed with marker CD4 counts of less than 100 and some who are co-infected with hepatitis C has shown a similar infection rate although my laboratory sample have failed to yield any organisms except a coliform in one instance.

Migration of the product can be a potential problem although data is relatively scarce. Certainly the contention that Bio-Alcamid™ will not migrate is in my opinion and experience false and this leads to a deeply disturbing result in group of patients for whom cosmetic appearance and improvement are exquisitely important. Raman Malhotra and Adam Ross at the Queen Victoria Hospital, East Grinstead have recently published a retrospective series of 4 patients referred to them where they conclude “Bio-Alcamid™ use can potentially result in long term orbitofacial complications including infection, abscess formation, recurrent swelling, migration and inflammatory nodules, particularly if manipulation, massage or removal using bimanual expression is attempted”. As a result they caution specifically against over vigorous manipulation and/or repeated attempts to remove by expressing the product.

My own experience again supports the propositions above. One patient, impatient with the result immediately post treatment decided he would massage the product himself causing dislodgement and requiring further intervention. After this intervention, he again decided he wasn’t quite happy and visited a different practitioner who applied a great deal of pressure and manipulated the product up into the infra-orbital area.

The manufacturer describe and demonstrate on their information DVD the successful expression of the product after puncture with a large bore needle. My experience has been that this rarely delivers the required result. In cases where removal is required I now place patients on prophylactic ciprofloxacin 500mg bd prior to aspiration. The site is cleaned with betadine and a 16 or 14 gauge needle introduced directly into the implant (preferably either under ultrasound guidance or after ultrasound images have located the implant and more precisely the depth from the external skin. The implant is then aspirated into a syringe. As a routine I then irrigate the area with 20 mls bacteriostatic saline and 250mg ceftriaxone, aspirating each time and measuring the volume in and out. This has proved successful and resolves the issue.

Finally, although there are problems associated with the product it has provided good large volume replacement for my patients. I believe the key fault is to regard this product as just another dermal filler. It isn’t. It needs to be thought of as a surgical implant with all the hazards that may entail. Scrupulous attention to detail is required. The patient group itself is vulnerable to bacterial infection and the large volumes required may make migration more likely.

I am moving away from using Bio-Alcamid™ because I believe there are now better products available with vastly superior and demonstrable safety records, especially the large volume hyaluronic acids such as Restylane® Sub Q; and also importantly and bizarrely, the manufacturer has, after six years of relatively stable pricing, doubled the price of the product. This puts it outside the reach of most of my patients and I think will effectively end use of this product in the UK.

It is a must that we willl consult a specialist before we take medicine. The same manner should also be applied when we wish to undergo any physical operation. Carrying out fat transfer, Botox or other associated facial procedures should not be undertaken by home fanatics, as they can prove unsafe. Janet Hardt of Homewood, Ill., faced the risks, and things went downhill quickly. As reported by the Chicago Sun-Times, Hardt perished after inserting hot beef fat into her face. Source of article: Woman dies after injecting hot beef fat into her face

I believe I have bio alcamid fillers on my face, they now look like lumps and I am terribly scared.Could you please help me or refer me to the right specialist.
I want to remove this filler because now, after 6 years it burns.
Please contact me on my email papeles1@gmail.com
Thank you very much. 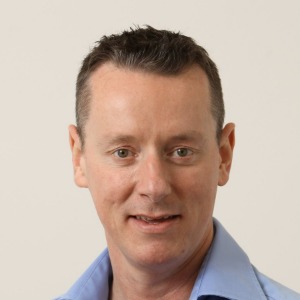 Sean qualified in 1986 at University College London. He has very wide experience working in Paediatrics; Obstetrics and gynaecology; Accident Emergency Medicine and General Medicine. He became a GP in 1990. He set up Freedomhealth in 1997 as a small private practice. It has grown exponentially since. Sean’s main interests are in Sexual Health and also careful reconstructive aesthetics for patients with facial wasting due to diseases such as HIV or cancers. With over 20 years of experience in medicine, he is convinced that a very personal approach is the key to a good doctor-patient relationship.

Sean is an expert in advanced facial reconstruction following wasting illnesses such as hepatitis C, HIV and others using a range of injectable products including Bio-Alcamid, Restylane Sub Q and botulinum toxin.