Backlash Against The Botox Backlash!

Some of you may have read in the national press recently about the ‘Botox® Backlash’ from ’A’ list celebrities that supposedly have given up Botox® for the natural look?

We suspect that in most cases this is probably not the case. In reality celebrities are opting for the more subtle treatments, which is good news.

It's a shame that Botox® has been associated with overdone immovable foreheads and mouths that cannot smile properly. In reality correctly administered Botox® (just a little but not too much) still allows movement that is natural but smooths harsh lines and achieves an airbrushed effect.

These days its more about natural enhancement; the key is not to look done, its more about the ‘make under’ rather than the ‘make over’. You can have movement and still look wrinkle free. Our patients just look softer and more rejuvenated, just a better fresher version of their natural selves!

I totally agree with the above comments. This has been the ethos for my work for the past 12 years. Thank goodness things are changing for the better! 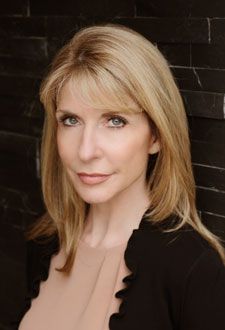 Dr Mountford MBBS MBCAM qualified in London in 1985, where she initially worked as an anaesthetist before training as a cosmetic medical practitioner. She was one of the first fully trained, advanced cosmetic practitioners in the UK and is now one of the most respected and trailblazing doctors in the aesthetics industry, with over 28 years’ experience in advanced non-surgical facial rejuvenation and body contouring procedures.

After training as a Cosmetic Medical Practitioner, she became the founder and Medical Director of The Cosmetic Skin Clinic with practices in both London Devonshire Place and Buckinghamshire.

Dr Mountford is registered with the General Medical Council, Medical Protection Society and a founder member of the British Association of Cosmetic Doctors (now the British College of Aesthetic Medicine). No stranger to the media, quoted in: The Times, Telegraph, Tatler ‘Top doctor’, Woman & Home as well as her regular column ‘Nip & Tuck’ in the Daily Mail. She has also appeared on BBC Breakfast, ITV and appeared as the industry expert on The Apprentice.

A key opinion leader for many international pharmaceutical companies such as Allergan, Teoxane, Merz, Sinclair IS Pharma, as well as being regularly invited to present at conferences & workshops internationally and across the UK.

The Cosmetic Skin Clinic is a multi-award winning clinic as well as having won, for 6 consecutive years, ‘No1 Coolsculpting Clinic Of Excellence – Western Europe’ & the No1 clinic in Europe for Ultherapy Ultra Premiere Treatment Provider for the 5th consecutive year.