Tickle Lipo Whats all the buzz about?

‘Tickle Lipo®’ is the new, much talked about procedure in the world of liposuction for body contouring and fat removal.

The device in question is manufactured by Euromi of Belgium and uses a technology originally called Custom Acoustic Liposuction (CAL) or Nutational Infrasonic Liposuction (NIL) and was originally marketed in some countries as Vibroliposuction or Vibro Lipo™. It also has FDA approval for fat removal and body sculpting.

“Most of these acronyms are just marketing rubbish to get the unwary patient to try something supposedly new, because of course we are programmed to think new must be better!”; said one UK based Consultant Plastic Surgeon that we asked for comment.

With many reports of patients experiencing a slight tickling sensation during treatment you can see why the U.S. distribution company Medical Alliance Services filed a trademark to market the more consumer friendly ‘Tickle Lipo®’ term to consumers. There are in fact many videos on You Tube™ which show testimony to patients practically beside themselves with laughter proclaiming that the surgeon is tickling them during this procedure, not what you might expect from serious cosmetic surgery!

Although it is said to be well known in Europe, it is one of the newest methods of liposuction offered in the United States and is not currently actively promoted in the UK to our knowledge.

Traditional liposuction tends to require a large amount of physical effort on the part of the practitioner during the performance of the procedure. CAL/NIL was first introduced in Belgium by a physician who performed several liposuction procedures each day and was developed with the aim of increasing the physician’s performance whilst decreasing his/her physical effort.

Unlike other new breed liposuction or lipolysis devices on the market such as VASER® Lipo or Smartlipo® it doesn’t use a ultrasound or lasers to break up the fat prior to removal. Instead it relies on the motion of the cannula itself which is powered by air pressure and moves in three dimensions in a whirling movement, vibrating and rotating (known as ‘nutational’), whilst also delivering an infusion of anaesthesia in a tumescent solution.

It is also claimed that the patented technique of nutation provides faster infiltration of the tumescent solution - 25% faster than other liposuction technology, shortening the length of the procedure for both practitioner and patient.

It is this vibration and movement which causes the tickling sensation for the patient, who is of course numbed to the pain of the cannula inside them by the infiltration of the anaesthetic. The nutational vibration of the cannula is also said to interfere with the brain's pain receptors in the same way that scratching relieves an itch.

The technology used is a 3D acoustic energy which is emitted as a low, infrasonic frequency (10Hz), said to be safer than ultrasonic waves as this means that the cannula remains cool during the procedure so poses less risk to surrounding tissue.

We asked UK VASER Lipo trainer, Dr. Ravi Jain for his thoughts on Tickle Lipo® as a competitor to VASER which was proved to produce superior results to standard suction assisted liposuction*.

“Tickle Lipo is not a new phenomenon but is a new marketing brand! Nutational Liposuction is relatively old technology and has been around for a long time. I certainly doubt that 3 out of 4 patients will be laughing throughout a decent procedure, unless one gives them laughing gas!

Vibration assisted infiltration is an interesting concept and may well reduce discomfort during infiltration, but so will slower infiltration rates and more care when infiltrating.

The liposuction part of this procedure is suction assisted liposuction, so nothing new there. I think it’s just a company which wants to push their product with a new marketing concept. I still believe VASER offers patients the safest and most effective treatments.”

With so many options available for the reduction of fatty tissue, from non-invasive ultrasound devices such as Ultrashape™ and Liposonix™, invasive systems such as laser lipolysis with Smartlipo™, ultrasound assisted liposuction with VASER® or radio-frequency assisted liposuction with Bodytite™, and on to more traditional tumescent liposuction procedures, it’s difficult for the consumer and the practitioner to evaluate the best methods to employ. The only way this can be done is with further clinical trials and comparative work. One such interesting piece of clinical data which compares various types of liposuction is available here.

Let us know your thoughts on the differing liposuction options.

I am a non-core cosmetic surgeon who has been performing office-based liposuction for 5 years. I have trained doctors in the US on VASER and SlimLipo platforms. I have used every platform in the office-based space and nothing comes close to the safety,performance and speed of Nutational Infrasonic Liposuction.
The nutational movement does disperse the tumescent anesthesia much more thoroughly as well as quickly. Yes, as Dr.Jain has said slowing down the infiltration rate and adding care to the tumescent process will accomplish the thoroughness aspect of the anesthetic step, but obviously will slow down the whole procedure as well. For example, I have always taken pride in my tumescent technique, that is to say I make it very comfortable for the patient ( my patients have no sedation on board prior to tumescence) but this adds significant time to the procedure. With Tickle my tumescence is shortened from 1 -1.5 hours down to 30 -45 minutes. I like the quickness and my patients appreciate it as well. I can skip the VASER or Laser portion of the procedure and go directly to suctioning again with the Nutational movement. My 3-4 hour VASER or Laser procedures now take me 1 -1.5 hours.
I would say that over 90% of my patients feel some tickling during the procedure and a small portion have laughed, 1-2 uncontrollably.
As a physician, safety, thoroughness,and precision are important components to the treatment I deliver and if I can deliver all the above plus shorten the procedure time both the patient and I win. Furthermore, to have a patient smiling, snickering or outright laughing during the procedure is a huge bonus.
Nutational Infrasonic Liposuction is greatest breakthrough in office based liposuction, the safety profile of the VASER does not come close, and the same can be said for all the laser wavelengths and platforms.

I have had the Tickle Lipo procedure myself and can agree with Dr. Zelko that my experience was one that I would recommend to anyone having liposuction. I was very comfortable during the entire procedure and I did experience the tickling effect that I read about. It took about 11/2 hrs. and I only had 1 pill before the procedure to relax. I got up, dressed and was ready to go immediately afterwards. I only had to have tylonal for 2 days. Now 3 months out, I'm enjoying my new figure!! I would highly recommend this procedure!! 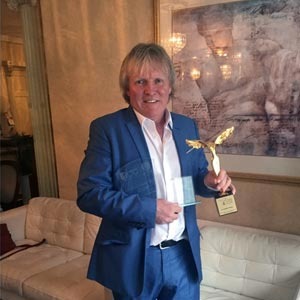 We have used this service in Europe for our patients for some time. It can take off more fat than other methods and there are some excellent practitioners of the procedure in Europe.

Hi I have been looking into this procedure for some time now and have also been searching for a clinic that performs the Nutational infrasonic lipo but I can not find any where in the UK.

Unfortunately this is a treatment which goes by many names, both technical and those used for marketing. In the USA it is very much marketed as Tickle Lipo, however in Europe and with some clinics now starting to offer it in the UK they are using the term Vibro Lipo. We haven't covered Custom Acoustic Liposuction (CAL) or Nutational Infrasonic Liposuction (NIL) much on The Consulting Room as it's not a popular method (yet) in this country with other options such as VASER Lipo being prefered by many UK clinics at the moment. I would recommend that if you do find a UK clinic offering Vibro Lipo that you discuss the differences in the available types of liposuction to make sure that it is the right option for you. Best of luck. 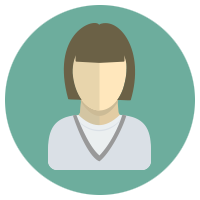 This is interesting I haven't tried this tickle lipo treatment and the reviews is great, I would definitely try this in the future.