Non-surgical body contouring. Do we have an alternative to liposuction?

Liposuction remains the top cosmetic surgical procedure worldwide. There is a strong demand for non-invasive procedures that can address localised pockets of fat.

In last few weeks US FDA has approved two devices for non-invasive body contouring. The first device was Erchonia’s Zerona™ laser, which uses non-contact low level laser therapy, and the second device uses cold or cryolipolysis. This device made by Zeltiq™ has received widely anticipated FDA clearance just a few days ago.

Zerona was previously marketed as an adjunct to liposuction and had FDA clearance for this and pain relief. This device has been used extensively in the USA by medical and allied professionals and heavily marketed prior to receiving FDA clearance. The device looks like a helicopter with lasers mounted on each arm of the rotor. These arms have five low-level lasers, which are directed to the fat bearing area. The theory is that low-level laser therapy opens pores in fat cells and they leak fat, which is then cleared by the body’s metabolic processes. Although the FDA clearance was based on a trial without diet or exercise requirements, almost all clinics do have diet and exercise protocols along with use of this device and it certainly makes sense to do so. Whilst there is scientific data to show that low level laser does open channels in fat cells we do not know if this laser has enough power to penetrate layers of the skin and reach fat cells deeper down. Also, the fat cells are not destroyed just emptied, so we do not know if gaining weight would cause these cells to re-accumulate fat? Already there are several similar devices on the market and without a doubt more will follow suit.

Zeltiq device has some big names in dermatology behind it in the US and the company has trialed it extensively before acquiring market clearance. The principal here is to selectively freeze fat cells in a controlled manner and cause fat cell apoptosis or cell death. So we know that fat cells are actually destroyed by this method. A treatment session takes an hour or more. The device's hand piece is placed on the treatment area and suctions in the skin, which is sandwiched between two cold plates. These plates get very cold and bring the temperature down to near freezing for an hour or so. This combination of low temperature and treatment time is such that it damages fat cells but not the overlying skin, as fat cells are more susceptible to cold. Again multiple sessions may be required with this device.

Focused ultrasound devices are also being used in the UK and Europe and only time will tell which of these technologies offers an alternative to liposuction. As aesthetic doctors we have all seen heavily marketed devices which fall far short of the delivery of promised results. Will it be different this time? 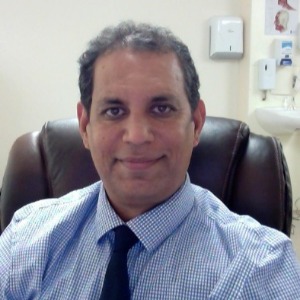 Dr Gheyi has triple board certifications in General Surgery, Family Medicine and Anti-ageing Medicine. He devotes full time to his Aesthetic and Anti-ageing practice. He personally administers thousands of laser, injectable and surgical procedures each year. He worked in NHS hospitals for 21 years in surgical specialities and the last 5 years in dermatologic surgery.

He is an invited speaker at laser seminars and mentors other doctors training in lasers and cosmetic dermatology and surgery.

He is a trained and qualified surgeon. He has extensive clinical experience both in the UK and USA and has attended numerous preceptorships in cosmetic medicine & surgery. He has built a premier laser practice with twenty-three different state-of-the-art laser and light systems and he continues to invest in training and new technology.